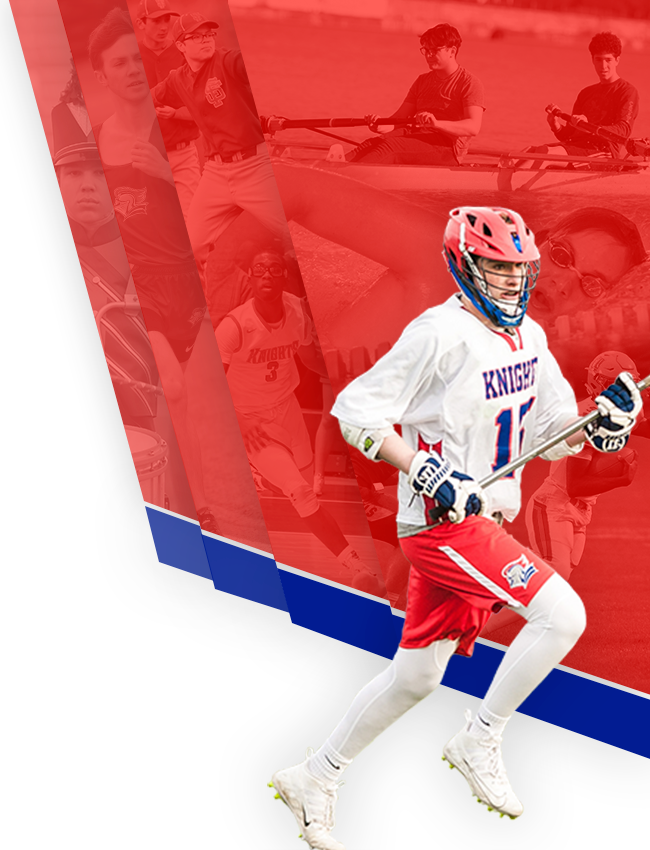 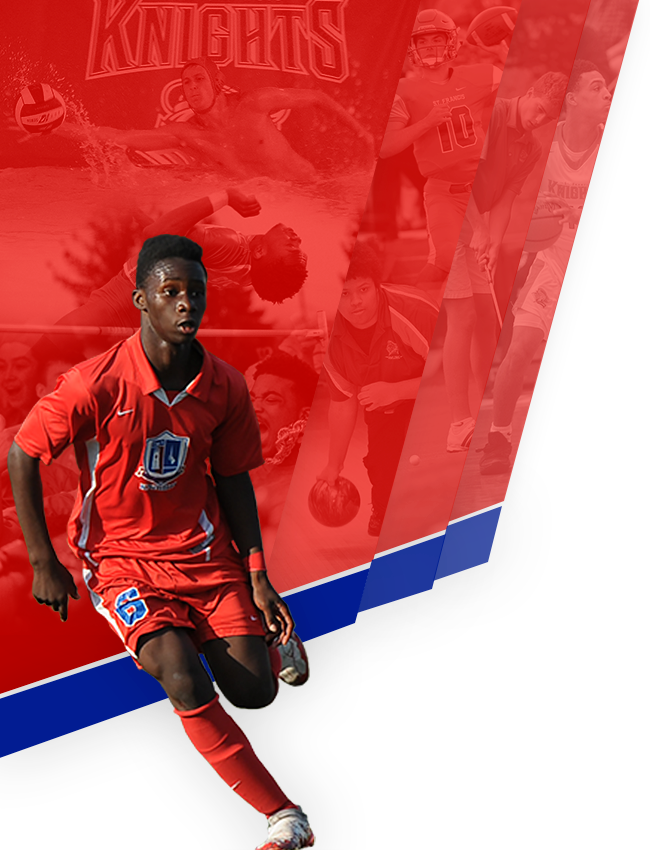 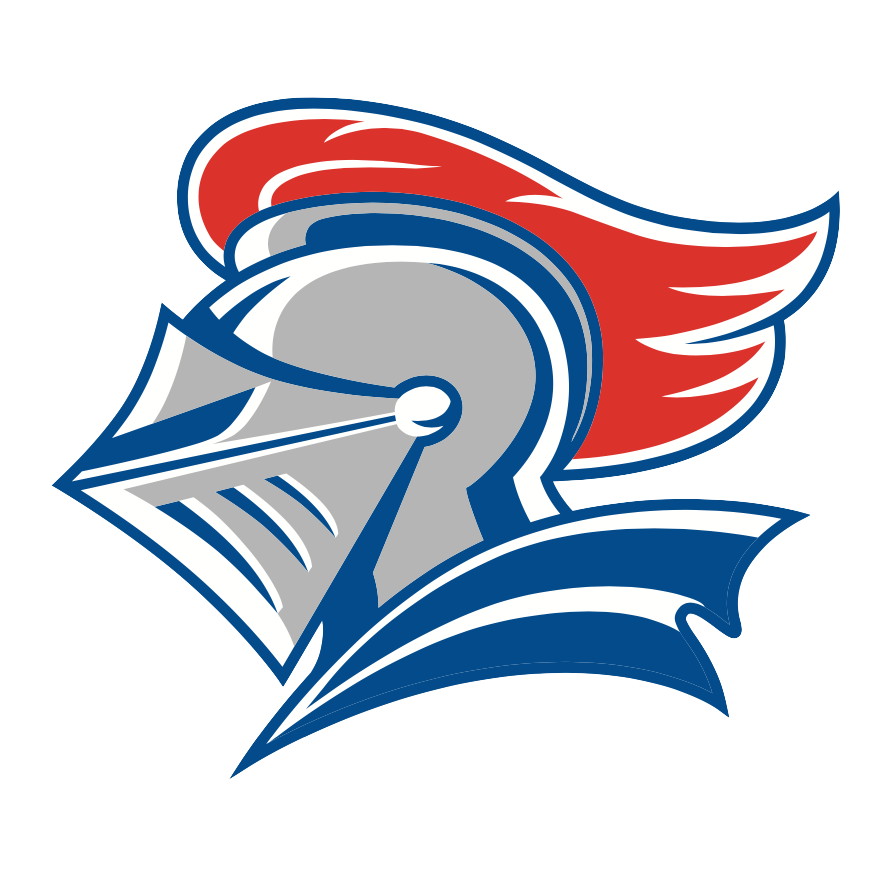 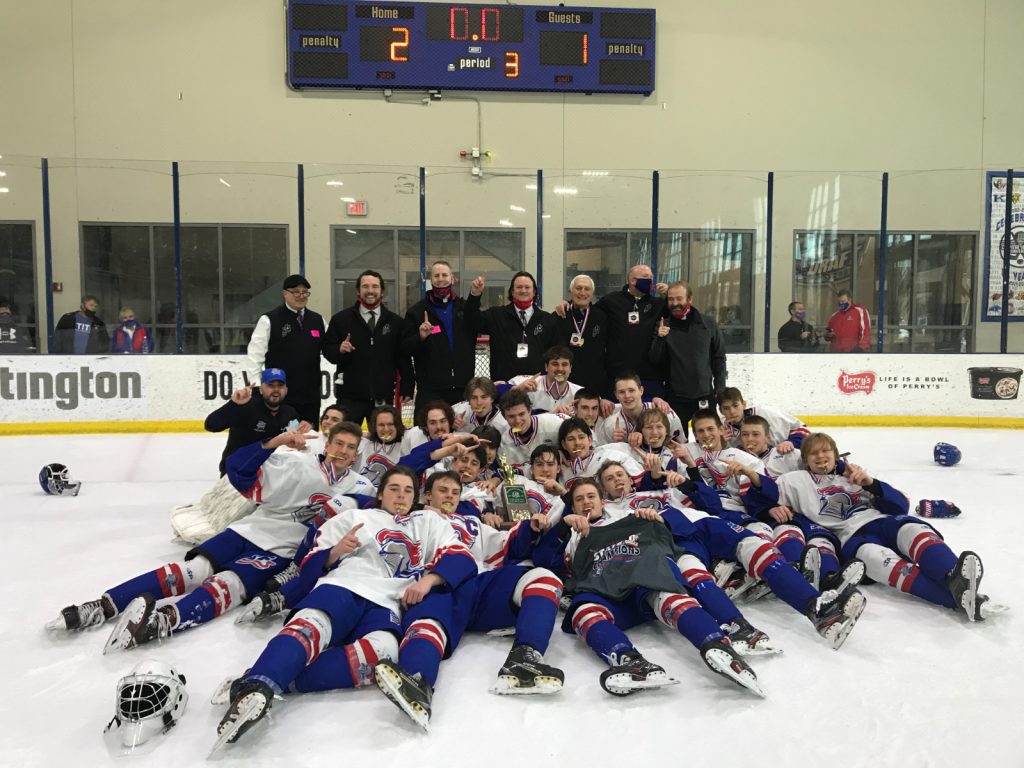 The St. Francis de Sales hockey program overcame a wealth of uncertainty and obstacles to claim the 2021 State Championship for the program and school community. What was seen as a dream for these players became a reality on Sunday at the Ice Haus in Nationwide Arena. The Knights defeated #1 ranked Lakewood St. Edward 2-1 in a highly contested game to become the 2021 OHSAA Ice Hockey State Champions. The victory gives the hockey program their 3rd State Title after winning in 2011, 2015, and now 2021. The championship gives SFS their 28th State Championship in school history.

Prior to the State Championship game on Sunday, the Knights defeated Walsh Jesuit 7-2 in the State Semifinals. The Knights got off to an early 3-0 lead in the first with senior Riley Box scoring 2 goals and senior Luc Kuhr adding another. Just minutes into the 2nd period Walsh Jesuit put away 2 goals to cut the Knights lead to 3-2. From there the Knights controlled the game and added onto their lead with two penalty shot goals. One scored by Box to give him a hat trick on the day and another by senior Devon Homier that gave him his second goal of the game. The Knights went into the 3rd with a 6-2 lead. The lead then grew to 7-2 after Jacob Myers scored on a 2 v 1 break. Senior Nick Mack finished the game with 4 assists.

The State Championship game on Sunday was a hard fought battle between the top 2 teams in the state. The Knights took a 1-0 lead in the 1st after the senior duo of Nick Mack and Devon Homier capitalized on the power play. Mack put a pass cross-ice and Homier buried the one timer under the glove of the St. Edward goalie to give the Knights the lead. The Knights held onto the 1-0 after the 1st and 2nd periods due to the outstanding goaltending from junior Jackson Smalley and superb defensive play by the entire squad. Smalley finished the game with 27 saves. Just over a minute into the 3rd period St. Edward tied the game at 1. The Knights then responded with their 2nd power play goal of the game after Luc Kuhr fired a shot from the point that hit off the crossbar and found the back of the net to give the Knights a 2-1 lead. The Knights defense came up huge including big saves from Smalley in the closing minutes to give the Knights the 2-1 victory.

The Knight Hockey team finished off the season with a 22-0-1 run. Their last loss came on December 28th. During that run, the Knights outscored their opponents 106-25.

After being denied the chance to compete in last years Frozen Four due to the current global pandemic, the Knights were determined all season long to finish what could’ve been. The Knights did just that and are now State Champions. Congratulations to the SFS Hockey program and everyone involved in making this season happen!

Thank you for the support all season! Go Knights!